Why young people?
People make nearly 10,000 decisions every day. Between the ages of 15-35, a person makes the most important decisions: what he or she will be in life, with whom to communicate, and with whom to fall in love with. And each of these decisions determines a persons future.

I've traveled to different cities and countries for the past four years, meeting with hundreds and thousands of teenagers. We've discussed topics like morality and ethics, and in particular how to preserve one's values and whether values are even important at all. 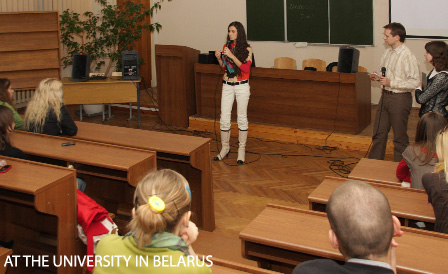 These are the main issues that arise every time I speak at schools, colleges, and universities. After all, most videos, movies and the media portray a message that having moral values is so "yesterday".

It all started on day when a magazine journalist asked me a question about my personal life. I replied that I believe in true love, faithfulness in marriage, and abstinence until marriage. To my great surprise, my answer drew a wide response. That is when I got acquainted with the organization “Silver Ring” and eventually became its co-founder.

I was shocked having read the statistics. Ukraine is number one in Europe and second after Africa in rates of HIV/AIDS infection contamination. But I was even more astonished to find out that today over 50% of young people get infected not by means of a needle as it was before, but through pre-marital sexual relations. If formerly the infected teens were children of troubled families, now this became the "golden" middle of all families. Many of these young people are not even aware that they are HIV-positive. 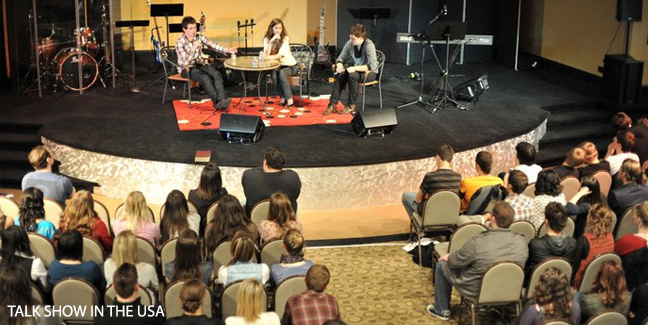 USA President Theodore Roosevelt once said: “To educate a man in mind and not in morals is to educate a menace to society”. Unfortunately, today ethics and morality have become relative terms; the bounds of decency and morality are being shifted. But as each unit of measure has its standard, a compass by which to align. Similarly, there is a moral standard, who's base is the Bible. I don’t establish this standard; I just say what’s already been said.

Boring lecture material warning teens of various hazards is not enough for teenagers now. That is why together with various public organizations we organize meetings for young people; invite R&B music bands, dance, theatre, and power weight lifters. All of this is intended to show teenagers a real example of similar young girls and boys who managed to become successful in their industry, while not compromising their conscience standards and integrity.

If you want to join our projects or you have new creative ideas, please contact us.